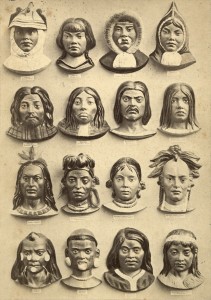 Can love emerge for anyone? Or does it follow prototypes established while growing up?

Both. How? Love is an uncontrollable and unpredictable phenomena of human emotion. Yet we learn how to shape the experiences of love that emerge with what we’ve learn about people in our families of origin and throughout our entire lives.

For example, some people are ‘taught’ to stay in their own race while looking for a lover. This ‘teaching’ will put restrictions on who you allow yourself to love. Notice I said, who you ‘allow’ yourself to love. The point is, love is free and can emerge between any two people. Whether or not you let love grow when it shows up contrary to your ‘learned prototype,’ is up to you.

For example, if the prototype for a love relationship was taught to you by a father or mother, you might adhere to what you have learned and deny or reject the love you feel. Some people, however, do overcome their learned prototypes and follow their hearts.

Whoever taught you who the acceptable love-life prototypes are, gave you the ‘rules’ about who would be an acceptable lover when you’ve fallen in love. That’s how powerful this learning is, in most cases it will determine if the love you feel is permissible. That’s right, in most cases, what you’ve learned operates ‘after the fact’ of love.

Let’s move on to a more detailed discussion of the relationship between racism and love. The environment in which we grow up teaches us about love, directly or indirectly. Directly meaning intentionally taught, and indirectly meaning, by example. This of course includes the important people in that environment. If you were taught restrictions on who to love, chances are part or a lot of that learning was racist. Simply because racism is one of  the most common way of discriminating between people.

How can we get the ‘racism’ out of love? By challenging what you’ve learned and re-learning the fact that people are defined solely by their insides, or simply, who they are as people. Once you’ve place a value judgment on superficial individual differences you are re-committing one of the most destructive errors in human history. This particular limitation has been interfering with human development and progression in many different forms since the beginning of recorded history.

So, getting back to love, it can occur as a feeling whether the love-life learning that has taken place in two people is skewed in the direction of differences or similarities. Love happens no matter what. Relationship, well that’s another matter.

Racism originates from a predominance of teaching about the value of superficial ‘similarity’ in interpersonal relationships. The specific lesson in this instance is basically to seek out, for the purposes of romance and love, someone like yourself.

When what you learn about people is balanced with positive lessons about their differences, you’ll be freer to make love-life choices without being stuck on superficial similarity. Man hasn’t yet formed a culture that is freed from negative value judgments placed on human differences. Ideally, on paper at least, democracy is our best effort. Yet most of us are still dominated psychologically by what we’ve learned about the value of superficial similarity and the negativity of difference.

This is a short-hand lesson that most people get. That’s precisely why racism has to be unlearned. Once it’s unlearned then people, regardless of what  they’ve learned, can identify the limitations of racist thinking and look beyond surface differences to the individual inside. When you know what to look for, the possibility of human intimacy is greater. This commonly happens in times of crisis, when individuals have to look beyond superficial differences to find deeper and more meaning commonalities.

If you are forming or are already in an inter-racial relationship of any kind of combination, expect to deal with the racism you’ve already learned simply by growing up in your culture. The best place to begin eradicating racism is always at the personal level of existence. Individual people realizing we are all members of the same human family. Groups and institutions are notoriously racist in their influence on individual minds and tend to change more slowly. If you personally choose to resist racism, you are exercising your individual freedom of belief.

If you’re open to the fact that you were taught racist value judgments, you’ll have more access to what you’ve actually learned. Many people find it difficult to admit that their adult perceptions of others have been influenced by this kind of learning. It’s not politically correct to admit racism. Problem is, no admission breeds a limited awareness and ability to change on a personal level.

Once admitted, the family of origin is the next best place to continue your self-exploration. No matter how uncomfortable it gets, remember most people never challenge what they’ve learned in their families of origin. They keep this kind of personal probing off limits. Not you. You have the courage and will to grow and change. Congratulations!

As a lover in an inter-racial love relationship, expect to encounter racism in many different interpersonal settings. Most racist people these days will keep their opinions and feelings to themselves. That doesn’t mean they won’t act it out in some indirect way. Remember, it’s politically incorrect to admit racism. Unfortunately, you may encounter the occasional racist who is compelled to communicate racism more directly when encountering an inter-racial couple. At least you’ll know where it’s coming from.

This can be hurtful, to say the least, as well as an opportunity to learn and grow. Be sure to cultivate the ability to communicate with your lover openly about racism you encounter in others, in yourselves, anywhere. The easier it is to talk about this problem, the easier it will be to heal its toxic effects, especially after you’ve encountered racism directed at your relationship from others.

If you have a chance to influence the next generation away from the limitations of love-life racism, take it. Teach your children about the true nature of love. Teach them that what we learn shapes the form love will take or not take in our lives. An intolerance of differences in the form of prohibitions against loving someone different from yourself is one important way our capacity to love is limited during our development. Teach your children to value human differences in a positive way.