Will My Anger Ruin My Love-Life? 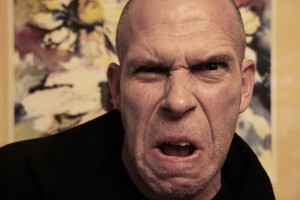 If you believe anger has a prominent place in every love relationship, you probably envision a relationship as a an arrangement between two people that can tolerate a heated exchange of angry feelings. For some people, this would be the true test of love.

Ideally, you’d have two people facing off cooperatively engaged in an alternating blast of anger restricted exclusively to words. If their self-control is limited the possibility of verbal, emotional, or even physical abuse increases. We’ll get back to that.

This ritualized exchange of highly charged feeling if nothing else would be considered a reliable way of blowing off steam, together. In a perfect world, this works best when both persons are into it and proficient at it.

If one or the other has had little or no experience expressing volatile emotions to a loved one, the whole thing stops being constructive. One person in a relationship chronically spewing anger at another too fearful to return the favor, is not a formula for a healthy and growing love relationship.

People who believe that anger is the type of emotion that can destroy a love relationship point out, frequent angry exchanges take place in an imbalanced relationship where one person is expressing anger and the other is being beaten up by it. They cite numerous examples of anger leading to rage and abuse. They even point out that angry lovers are usually people who don’t know enough about expressing their feelings constructively in love.

They talk about the importance of transforming the feeling of anger into words that communicate and describe what is wrong, instead of relying upon ‘raw emotion’ to do the communicating. So for people who are wary of anger in love, the transformation to words and their communication is more important than the raw feeling which they are quick to point out will only create unwanted fear or more anger or rage.

In this group you have a significant number of people who are afraid of their emotions. Strong feelings are kept to themselves until such time as they are able to give them voice in a more constructive and self-controlled manner. By the way, that may be never. They sometimes say the emotion of anger itself is not suitable for interaction, only words that can convey the problem that is creating the anger is permitted expression.

The existence of these two contrary views are as old as the hills. They represent two extreme points of view along the continuum of what to do with anger in a love relationship. For me, the answer lies, as usual, somewhere in the middle with a few important ‘conditions.’

Condition number one is, chronic anger and it’s crazy first cousin, rage, are usually defensively hiding and resisting a lot of unresolved ‘hurt.’ People who are chronically angry are difficult to treat for that reason.

They’ve discovered the powerful self-protective quality of anger as an ‘offensive defense’ against feeling the hurt they are not yet prepared to feel. For example, anger is the kind of emotion that usually puts the focus on someone else. The somewhat hidden objective is to stay away from the underlying hurt.

In my experience, hurt heals a lot faster than anger because a person is vulnerable, open, and considerably less defensive when expressing hurt. So if your anger is chronic enough to be serving this defensive purpose, the task at hand is to find a way to risk opening yourself up to the experience of expressing your hurt feelings for a deeper healing and problem-solving.

Another important condition concerning the experience of anger occurs when the feelings go straight to a’reaction.’ Think of re-actions as recycled actions, raring to go, memorized, and very very automatic.

When reactions are wedded to the feeling of anger people do things that can be very destructive. All the way from verbal abuse, to breaking things, throwing things, or hitting others, angry reactions are usually impulsive and rarely thought through. Without a developed self-control the experience of anger can be quite threatening if not damaging and abusive.

The treatment for this problem involves depositing a little forethought in the formulae: ‘triggers’ (situations that can piss you off) bring up feelings of anger that go immediately (without mediation) into repetitive actions (or re-actions). The forethought is inserted right between the anger and the reactions.

You could say it ‘mediates’ between the two. The way to get to this safer way of feeling and expressing anger is to spend some time consciously talking and thinking about your feelings and the consequences of your reactions. At some point, all this thinking and talking puts thoughts exactly where they belong, just before your anger prompts you to put a ‘hole in the wall.’

Beyond these conditions, you have the middle of the road, modulated, communicated anger I alluded to earlier. The kind that has a nondestructive place in a love relationship.

Once that’s out and everybody’s attention is focus on what’s being communicated, the next thing you should hear is, “that hurt my feelings!” This intimate revelation and invitation tells everybody that love has not left the room.