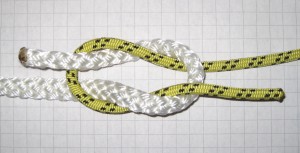 Here’s the situation, you were married, now you’re separated. Problem is, you’ve been separated for a while, a long while, maybe several years or even many years. Why would two people stay technically married but separated for so long? These are some of the superficial reasons people tell me.

It cost too much to divorce. OK, so in some instances I can believe that money puts a delay on getting a divorce. Remember, divorce means that you get to put closure on your love relationship and start healing in preparation for another chapter in your love-life. Now who wouldn’t want that to happen as soon as humanly possible? Somethings are just too important not to save for. If money is the reason for a long delay, I’ll assume that deep down inside you are probably not in a big hurry to divorce for one or more of the reasons I’ll discuss later in this post.

I haven’t had the time. When I hear this reason I think and sometimes say, what else about you do you not have the time for? Taking care of our emotional lives, more specifically our love-lives, is an important key to health and happiness. So putting a little time into getting closure (putting an end to an expired relationship so that you can move on and start a new life) makes a lot of sense.

I like my married name. I knew someone once who said this to me as the reason for her delay in getting a divorce and moving on. I thought it was sad and that there was even more sadness that wasn’t being expressed. Hanging onto a name and holding up one’s own psychological ability to move on seemed like a big sacrifice for a very small return. As it turned out there was a lot of disappointment connected with her married name going on under the surface.

I don’t divorce for the children. It is common for the kids to get blamed for all kinds of stuff. Getting blamed for a parent(s) not moving on from an expired marriage seems pretty unfair. Staying in a quasi-married state in order to keep alive some semblance of marriage for the kids is probably not fooling anybody. Kids have a very sophisticated high-tech ‘figure out what my parents are up to’ mechanism. Whether or not they tell you what they think depends upon whether or not you are willing and able to tolerate what you’ll hear.

I haven’t met anyone else yet. This one is interesting. Avoiding divorce because you haven’t found your next lover means you are jumping from one relationship to another and avoiding time alone. At least this is the motivation in theory. Marital separations usually involve just that, a physical separation. An emotional separation should be involved when divorce is the inevitable. In this case you are hanging onto your marriage because you are avoiding loneliness.

Loneliness is the feeling you’ll get if you are uncomfortable being alone. I think you’d profit more from developing yourself by learning how to tolerate being alone, healing, and waiting for your next lover to show up. Sometimes it takes a while. Being by oneself after a divorce and learning how to take care of you, develop your interests, and your autonomy, always helps a person’s self-esteem and increases the quality of your subsequent love relationship.

These are some of the real reasons for avoiding or delaying a divorce:

I still love my spouse (your spouse left you). In this case, you were left by your spouse while still in love with him or her. Being left when you are still in love is a very painful experience. A big part of your understandable difficulty is accepting what happened and moving on. Getting yourself to accept what happened means that you are open to the grieving required to work through the loss and letting go. Divorcing and putting an end to your marriage will come when you are ready to let go. It’s very easy to feel deep sympathy for those of you who’ve had their hearts broken in this manner.

I need my spouse’s family and don’t want to risk losing them. Some people secretly or not so secretly marry both their spouse and their spouse’s family at the same time. Instead of trying to get your husband or wife to make up for the family of origin experience that was lacking in your life, you could look for it in the relationships you have with his or her family of origin. Some families of origin are more than ready to welcome a new ‘son’ or ‘daughter’ into the fold. If you have the right qualities, you’ll fit in. Whether or not your in-law relationships are going to make up for your love-life disappointments is another matter.

I’m always wary of this kind of solution to unfinished past love-life disappointments. In my experience, there is usually a cost of some kind attached to what you are getting from them. The fact that it’s not free only emphasizes the reality that we only get one childhood. If that doesn’t turn out so well, you’ve got to learn to let it go and use whatever resources you have inside of you to live well in adulthood. If your heart is set on keeping your in-laws regardless of the state of your marriage, you won’t be eager to end those relationships by divorcing your spouse. There are situations where x-spouses still hang out with in-laws but this is less common after a divorce.

I’m afraid of being single and lonely. This reason for an interminable marital separation involves the illusion that you are really with someone when you separate from but not divorce him or her. If you are afraid of the designation ‘single’ for whatever personal reason, remember you can’t really solve this problem by creating the illusion you’re not single because you haven’t divorced. In fact, the loneliness you are trying to avoid will usually intensify by avoiding a divorce. If you know your marriage is over and you’re sure that a divorce is inevitable, the sooner it happens, the sooner you’ll be able to heal and move on with your life.

I’m afraid of getting hurt again.  Just like with the previous reason for avoiding divorce, when you’re afraid of hurt, staying in ‘limbo’ intensifies the fear and blocks any resolution from happening. Of course, if your insides are trying to tell you that there is a high probability that you’ll recreate the same painful marriage when and if you get married again, that’s the problem to work on.

Usually when a person is stuck in a repetitive love-life pattern a bit of consciousness is needed to know what you can do to interfere with the operation of this pattern in your love-life. Perhaps it’s time for a little psychotherapy to figure out precisely what’s getting replayed in your life. I find that unhealed love-life hurts from the past tend to make themselves known by compelling us to repeat them over and over again with a diminished awareness that it is happening.

It may look like one person is more responsible than another for one thing or another, but the psychological bottom-line is it takes two people to make a ‘relationship.’ Whenever something happens in a relationship it is important to ask how both parties participated in the creation of whatever happened.

I have guilt because divorce is bad, my religion and/or family tells me so. There is a lot of ‘training’ or ‘conditioning’ that goes on in a family. Many families teach their children how to think and feel about certain things. Marriage is one of those hot topics that families will teach their children about. The right way to marry, the wrong way to marry, and the various do’s and don’ts involved. The family’s religion usually reinforces and adds to what the family teaches.

In many instances of this kind of learning, divorce is considered from morally bad to dangerous. The danger can show up by losing one’s standing and respect in the family, having to deal with love-life mistakes that are never forgiven, or simply  disappointing God. If you believe that divorce is a horrible sin and should be avoided at all costs, it makes sense that you’ll be living in an interminable marital separation if your spouse is too difficult or painful to live with.

I believe I will only marry once in a lifetime. Related to the previous reason for a long-term separation, the ‘I will marry only once’ belief is definitely old world. I can’t help thinking that the severity of this belief has something to do with the control old world societies tried to have over people. The idea is that marriage is so sacred that you can never make a mistake. How can something so sacred be a mistake? I think human love has to be brought to earth a little.

It is entirely possible to marry the wrong person, get married too soon, or simply grow apart, in addition to a bunch of other reasons for a failed marriage. It shouldn’t mean you are a bad person beyond forgiveness and the need for more learning. I’m glad to see that these old world views are slowly giving way to a more developed view of love and marriage in the 21st century.

If you find yourself in a marital separation that is going on a little too long, consider the idea that you can’t grow something new unless you get rid of the old. Making ‘space’ is important every once and a while and that’s certainly true in our love-lives. Another version of this goes something like this: Marital separation is like deciding you don’t like the uncomfortable furniture you’ve been living with for too long. Divorce is when you throw it out. Life starts again when you get some new stuff. Go find something to sit in that feels more comfortable. Dr. T. Jordan

Posted in Leaving a Relationship