I Love A Married Woman 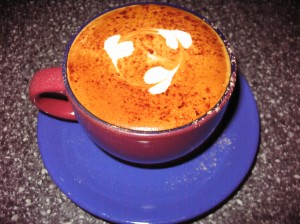 If you love a married woman and you’re in a love relationship with her, read this post. You are engaged in what is commonly thought of as a ‘triangle.’ Triangles are rough on the heart.

Fundamentally, they are unstable, like three legs on a table. Something always goes wrong, or at least it should, because triangles usually end up hurting people more than anything else.

Triangles exist simply because a problem is not being resolved in a marriage. Two people get married and have marital problems, instead of resolving those problems either by fixing the relationship or ending it, which by the way can be a valid resolution of a problem, a third party is brought into the relationship, and now you have a triangle.

I know the storybooks tell us that it’s better to stay together. But I think there are plenty of people who never should have gotten together to begin with. A lot of misery is avoided with a respectful ending and opportunity to start again with someone else after a period of sincere efforts to fix a love relationship. The point is a triangle happens when two married (or simply committed people) don’t fix their marriage.

Instead, defensive stuff happens like distancing from each other or finding another lover to make up for what is not happening in the marriage. The problem is you can’t get a piece of what you need from one person and another piece from someone else and expect to have a stable and satisfying love life. Too many pieces for stability what you get instead is fragmentation, conflict, and limited intimacy.

So let’s look at the type of triangle that has one woman and two men in it. The target of desire in the relationship is the woman. She’s at the apex. Her husband is not leaving and she is not letting him go (otherwise she wouldn’t need a triangle to cope).

Usually at the beginning of such an arrangement, when the triangle is young so to speak, the ‘other man’ usually tells himself he likes this arrangement because he doesn’t have to make a commitment. She can go back to her husband when we’re done making love, right?

For a time this may feel freeing and easy. The problem comes when over time an attachment forms between the married woman and her ‘other man.’

Now she is growing used to the arrangement and has convinced herself that the triangle makes her disappointing marriage tolerable. If the ‘other man’ gets attached he will inevitably at some point start needing more from the married woman. He may start thinking about asking her to leave her husband. This is when the trouble starts happening.

Let’s talk about the ‘other man’ for a moment. My heart goes out to him more than any one else in this arrangement because he is usually the one who gets disturbed first and has more to lose. He could be thrown out of the triangle and the married couple could end up fixing their relationship, this could happen. The ‘other man’ gets painfully left out, not yet knowing that is the best thing that could happen to him.

All three people in this triangular arrangement have their issues. Let’s do one at a time starting with the ‘other man.’ He is definitely looking for love in the wrong place and with the wrong person. His superficial belief that he wants someone else’s woman for the convenience is a lie he defensively tells himself. The reality is he’s looking for love like the rest of us and afraid of what he’ll find.

The ‘other man’ is probably afraid that he won’t be able to ‘handle’ a love relationship with a fully available woman. He thinks that loving someone else’s woman will save him from this fear of intimacy. It only brings this issue roaring to the surface.

In my mind, this is an opportunity for growth because triangles are not good for people. But for the ‘other man’ this is a painful transition from an illusory relationship with a married woman in a triangle with a married man to a period of being alone again where some serious work can be done on his love life (if he’s up for it).

The work needed is usually in the area of developing a better tolerance for love and intimacy by clearing out whatever fears and blockage the guy has in the way. Then he can go after a whole and available single woman.

Now let’s consider the married man. He’s the ‘other man’s’ competition, but not really. The important thing about the married man is he’s probably coping with his limited marriage by doing something else (work, alcohol, substances, whatever consumes and distracts him).

In some instances he ‘knows’ his wife is cheating on him and looks the other way. In other instances his defenses are so thick he doesn’t read the signs at least consciously. Personally, I think most if not all married people know on some level if a spouse is cheating, but that’s just my belief.

Anyway, the married man like his supposed competition is afraid of a deeper intimacy as well. They have this in common. His willingness to live in a limited marital relationship thinly disguises this fear of deeper love and intimacy.

The question is whether or not the married man will fix this intimacy issue with this wife. It’s hard to tell, some couples can pop out of a triangle and do the work of recommitment, others can’t and end up doing it apart, alone, or with someone else.

In this kind of triangle with two men and a woman, there are instances when the two men fight over the woman. This kind of drama is amusing only because if they consciously knew how connected they both are and how much they have in common they might realize that it would be more profitable for both of them to have a conversation together about the whole thing in a coffee shop or something.

That way they would learn about their love life issues and probably resolve the triangle with less pain, skipping the whole painful machismo thing.

Another interesting dynamic I find in this kind of triangle is, the married man could be functioning (unconsciously) in a pseudo-fathering role for himself and his wife. What this means is he’s like a father figure (less intimate for him) for her, regardless of how good of a husband he is, she (the married woman) keeps him as her husband in order to replay some part of her own relationship to her own father (who might have been absent or not loving). Basically, she married a man that can do this for her, even though he’s not doing a few other things she needs as well.

The clues for this kind of dynamic can sometimes be found in their sexual relationship. If sex is kind of weak and the romance is minimal, that could make it easier to create a father-daughter bond out of a husband-wife relationship.

The fact is, when your past issues are not resolved chances are you’ll recreate them in some way in your current relationships. The point is, this underlying father-daughter thing would help us understand why the married woman is not eager to let go of her husband when she has hot sex to look forward to with this ‘other man’ who is trying to persuade her to leave him.

OK, on to the married woman. I left the best for last because in this particular triangle, with one woman and two men, the triangle is really under her control. She’s the orchestra leader, so to speak. Her psychological issues are running the show, or more precisely, the triangle. The hard part is, she’s usually too well defended to get help for her problematic love life.

The solution of ‘two men’ to fix a love life problem is pretty difficult to challenge and change when someone’s putting so much energy and effort into making it work. She’s got to live two lives. One is stressful enough these days.

She’s doing two. And God forbid if they ever overlap, like walking into a restaurant with your husband and your lover is at another table on a date with another woman because she (the married woman) wasn’t available because you had to be with your husband kind of thing. Watch out!

This is the kind of situation that ages people. If she could recover from such an evening and say, this is crazy! I need to fix my love life she’d be better off (healthier in mind and body). Unfortunately, most triangulated married women opt for a resurgence of effort and energy into getting better at controlling the double lives they are trying to lead.

As a psychologist, I know that double living is toxic. You can’t be healthy and living a double life. Unfortunately, a lower percentage of married women in triangles have that insightful need for change I just described before the triangle falls apart against her will.

This will take emotional priority over starting a new committed love relationship. Rebounds like this usually don’t work very well anyway. People need to leave something emotionally before they can recommit emotionally to something else. Otherwise the past, unfinished emotional business is always threatening to invade the present.